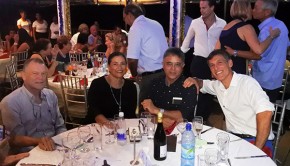 On the 7th of December, The RC of Victoria had organized an end of the year diner and they had 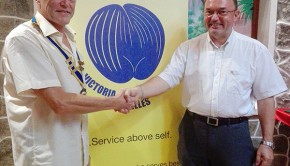 A new Rotary year started on 1st of July,and to mark this occasion togheter with the change of officers of The RC Coco de Mer organised for the first time a classical concert to raise funds for Autism Seychelles. The While visiting the clubs in Seychelles, our District Governor Dominique Pota and his wife Nathalie, paid a courtesy visit at 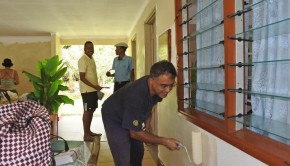 Pulling up our sleeves!

Last Saturday, the 3rd of December, nine members of the Rotary Club Coco De Mer worked on the Anse Royale Last Wednesday, on the 30th of November 2016, a few members of the club Coco de Mer gathered in a This 24th of November 2016. President Riaz and Past President Marco received officially a AED Plus Defibrillator with all its