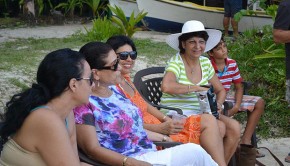 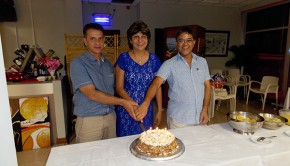 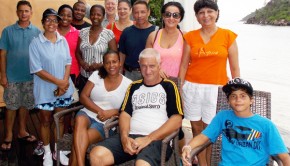 Discover the invitees present at the induction night of President Dinaz which took place on the second of Augist 2014. 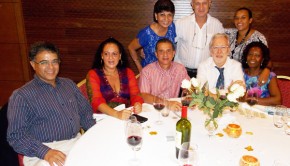 Supporting the Round Table Seychelles at their Charter Night ! This 26th of June was the last Statutory meeting of the Rotary year, and president Dinaz received the collar with On the 4th of June, an home hospitality gathering took place at “Ma Maison” at Incoming President Dinaz; the participants 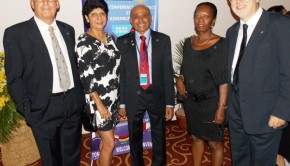 District Conference in Madagascar: What an intense Rotary time!

(30th of April to 3rd of May 2014) A great cocktail of fellowship, friendship, but a heavy program of presentations 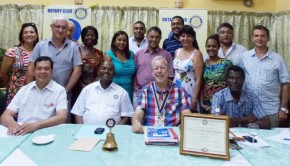 Official Visit of the District Governor to our Club.

1. Visit to the Wellness Center in Les Cannelles 2. Assembly with the Club Members, Serious discussions, Fun and Dinner Petanque contest between the two Rotary Clubs at Moyenne Island !

On the 17th of November 2013, the Rotary Club of Victoria organized a lunch at Moyenne Island and Rotarians from