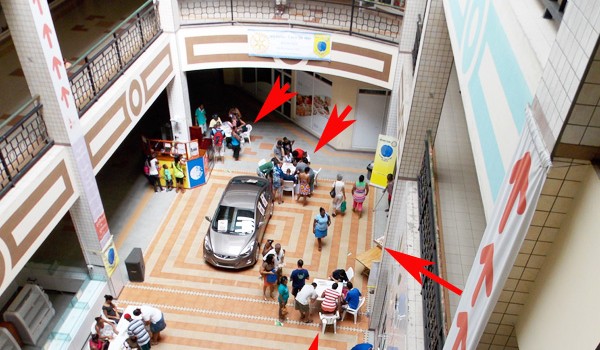 On the 19th of April, the Saturday before Easter, from 8 AM we were busy selling on 5 tables with most of our members present at Orion Mall.

Even though the Good Friday had been a Public Holiday, the traffic of buyers has been continuous.

On Market street, Albert street and at the post office, the street vendors were also very busy and by 11:30, we had to remove the books from them in order to compile the books; ready for the Draw.

Looking back at the sales on that day, with another one to two hours of sale, we would have sold the 50,000 tickets which had been printed. Nevertheless with 49,210 tickets sold, members of the club are very happy of the results of their efforts. Thank you Patrick to have created the right musical conducive environment. 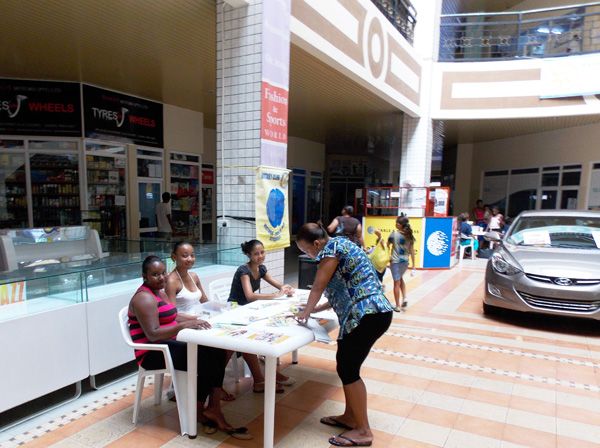 We called them the “A team”, present during the 10 Selling Saturdays of the lottery. 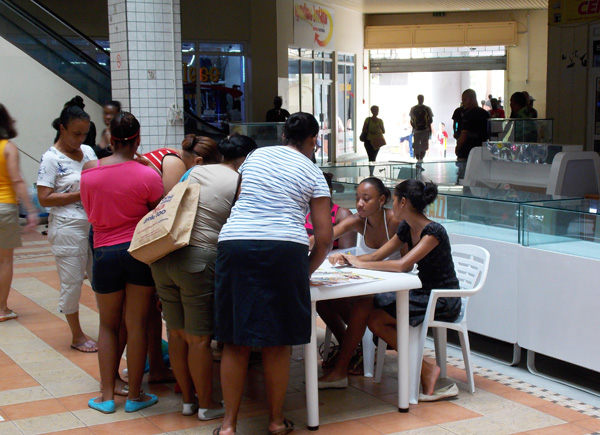 Seen from the second floor!

The 5 selling tables had been displayed in a such a way that no one passing in the Mall could have escaped the urge to buy the last ticket before the draw! 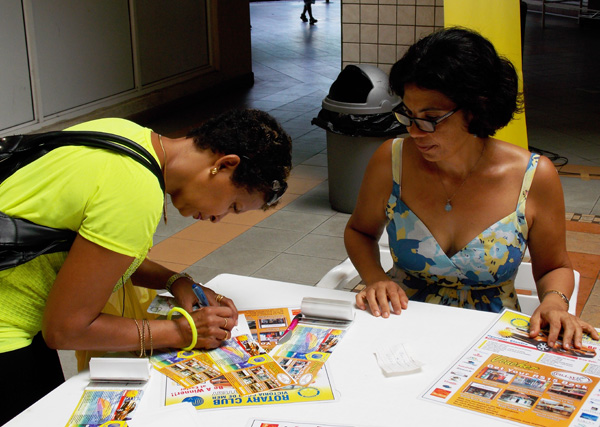 While the sales were booming inside the Mall, President Michel went around town to replenish the street vendors, and finally to collect all the books. An unexpected very heavy tropical rain made him totally “soaking wet” ! His shoes as well, so he had to buy flip flops on market street! 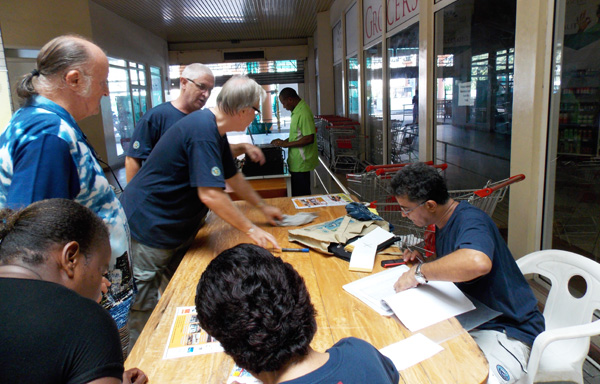 You notice that on all the pictures, Treasurer Riaz is incredibly concentrated and busy to reconcile all the books and the sales. The lottery has been so demanding on him during the last 10 weeks. He really deserves a very special Thank You. Preparing the draw, being sure that all the balls were correctly placed, fro the draw pictures, see another page on the web.