During the conference, the club received an award from Governor Dominique, and the President of the club was also awarded a Paul Harris Fellowship by the governor. As is tradition during a district conference, there was a Home Hospitality where our club was received by the RC St Gilles les Bains. The 2 club presidents exchanged their club banners, and a lot of discussion took place on potential collaboration between the 2 clubs for the forthcoming Rotary year. 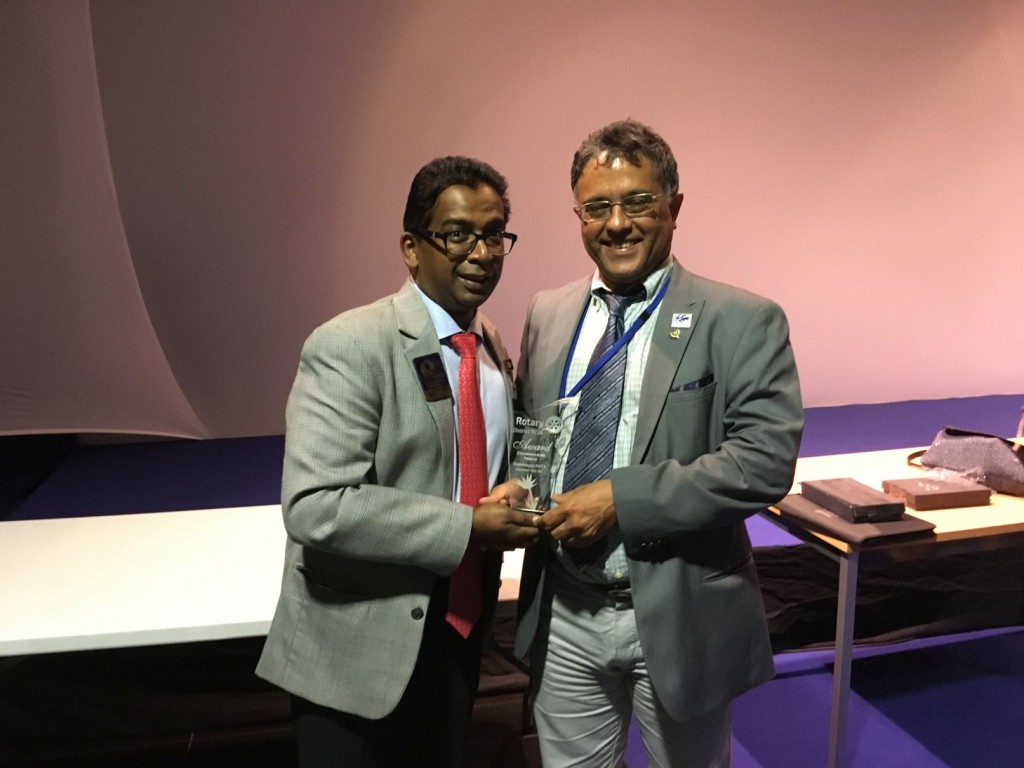 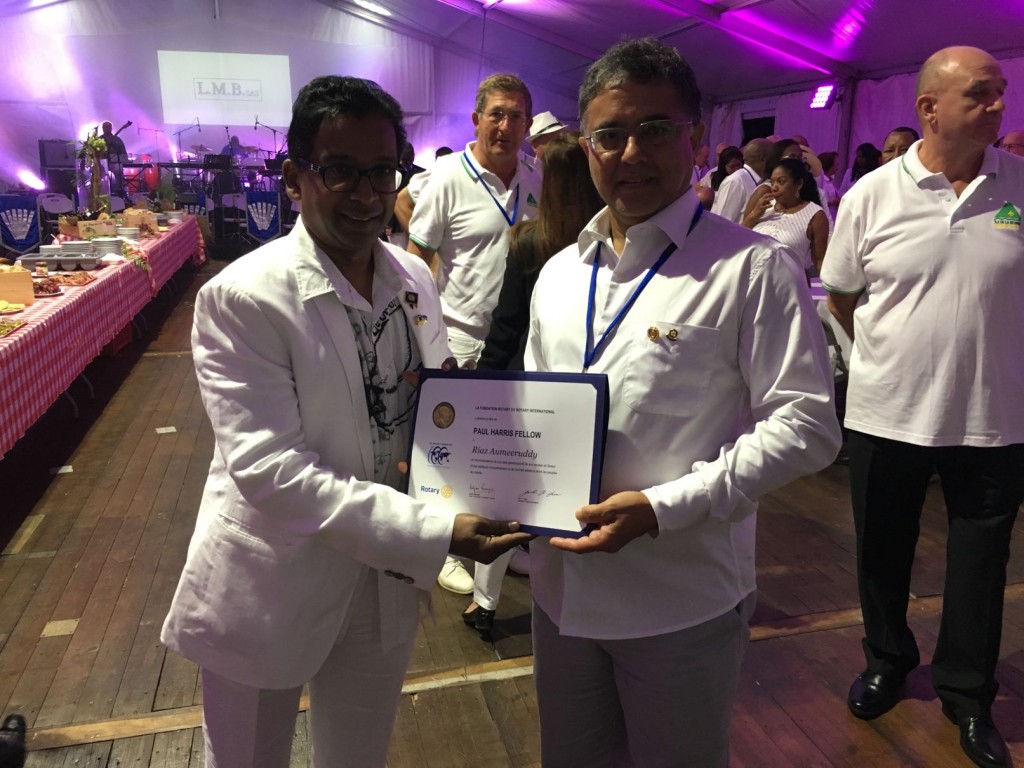 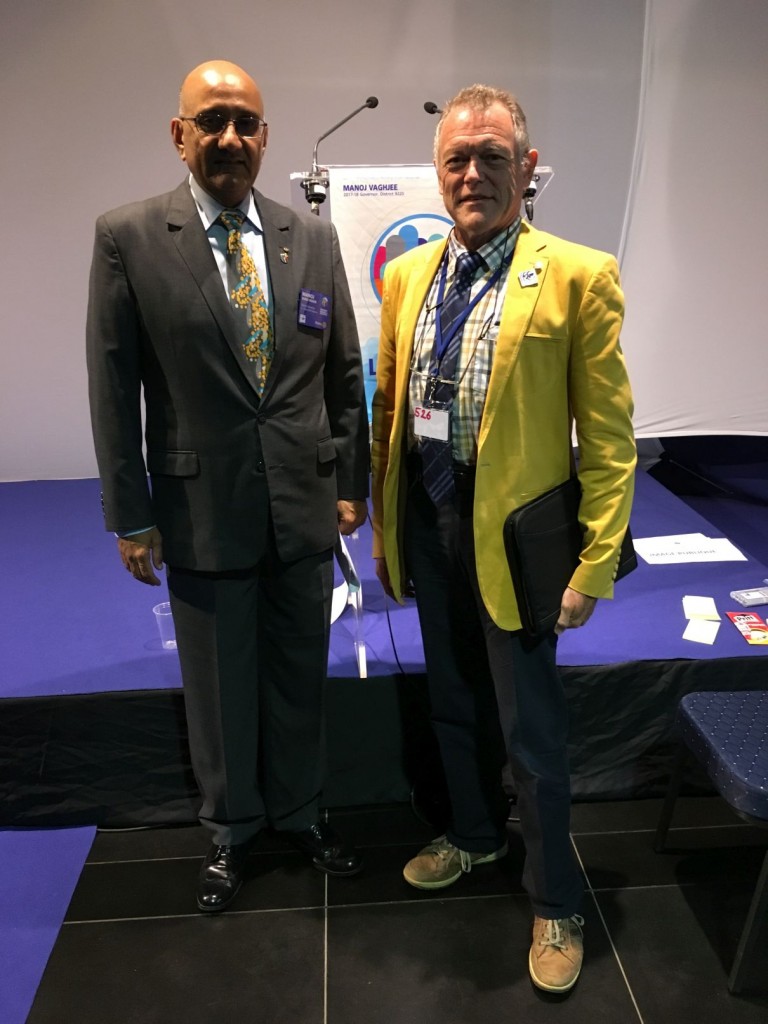 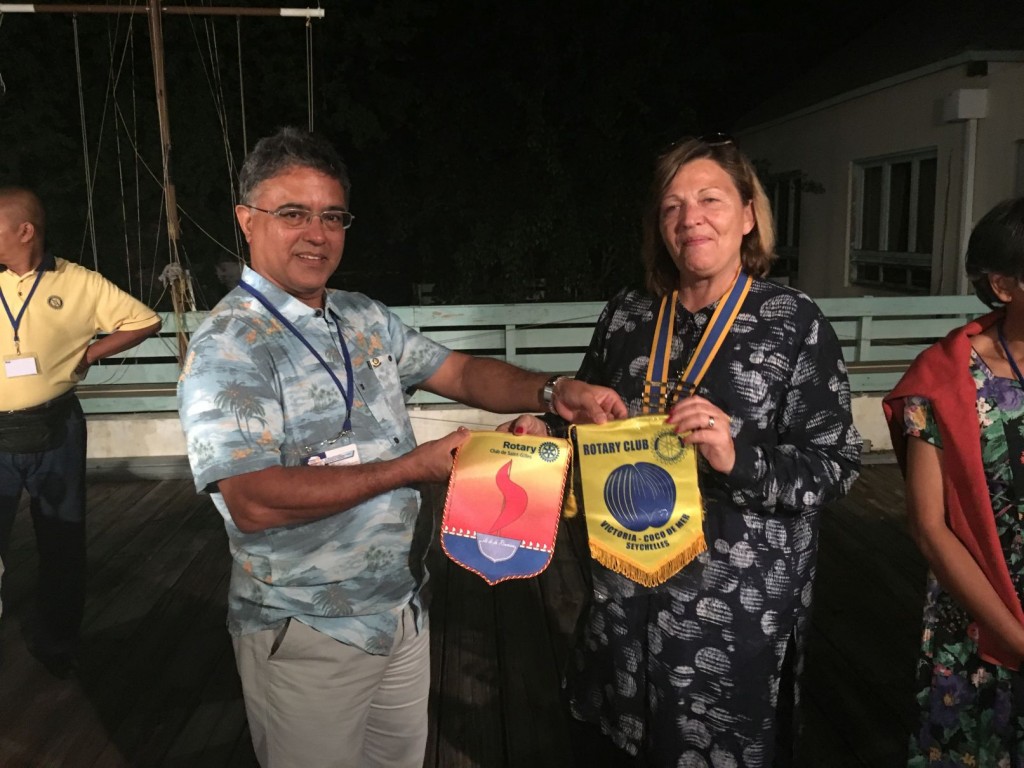 Induction of our new President and Board → 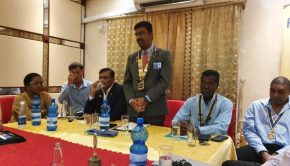