The club had decided to bring a touch of caring and attention to those who are often forgotten at Valentine. 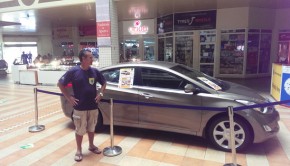 Rotarian for many years in the Rotary Club of Victoria,  Carlo Lauro  was able  to participate to an humanitarian expedition